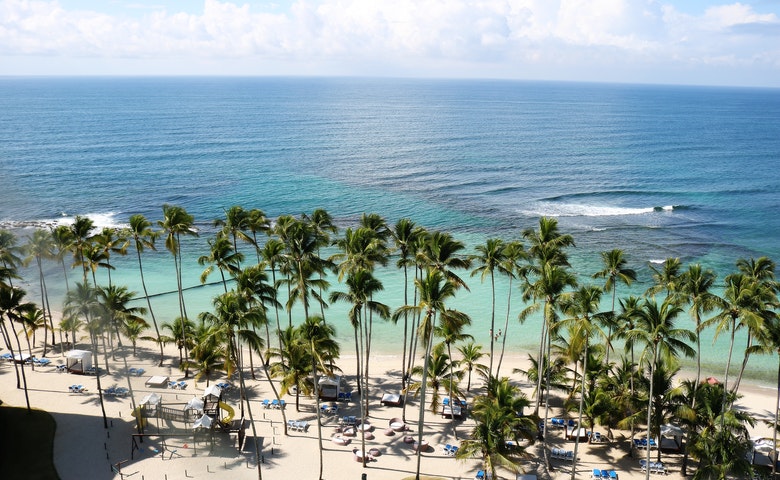 Reggae music is one of Jamaica’s greatest contributions to world culture is the music genre called reggae, which has influenced other genres like hip-hop and rocksteady. In Jamaican Patois, the word reggae means ‘to move slowly’ or ‘to make it happen.’ Some of the most popular artists include Bob Marley & The Wailers, Jimmy Cliff, Maxi Priest, Peter Tosh, and Toots Hibbert, just to name a few! Today, reggae music is one of the most popular genres and has attracted a worldwide audience with different sub-genres. The messages coded in reggae music, like Rastafari and Jamaican history, have attracted a global audience and spread the positive messages of unity throughout the world. Reggae music has spanned all over the world and is extremely popular in Europe and North America. There are always regular tours and reggae festivals that attract thousands of fans from all different backgrounds. Reggae music has made such a huge impact on the world, and it’s hard to imagine Jamaican culture without it!

Tied closely together with reggae music comes the Rastafarian movement. It is one of Jamaica’s oldest and most prominent religions. The god of the movement is Jah, and Haile Selassie I is believed to be God incarnate! Early examples of Rastafarianism can be seen in Marcus Garvey’s UNIA or Universal Negro Improvement Association. The rasta colors are red, green, and gold which represent the true beauty of Africa before colonization by foreign nations. No money or central bank that is run on usury can be used in the movement, and the consumption of salt, meat, and natural marijuana is encouraged. Rastafari culture has become so popular; some Jamaicans have claimed to follow it even if they aren’t officially part of the religion! Some of politics’ biggest influencers were influenced by rasta spirituality, including Nelson Mandela and Bob Marley.

Another important gift from Jamaica culture is food. One of Jamaica’s most well-known exports is the tasty dish called curry goat, which uses two types of meat. Curry is actually a blend of either dry or wet spices when cooked together to create the perfect tasting dish. The other popular dish that comes from Jamaica is jerk chicken, made with food seasoning. Jerk seasoning was used mostly by the Arawak Indians before it became an important part of Jamaican cuisine, including Jamaican coffee. Today, Jamaican food and Jamaican Snacks have gained popularity across the Caribbean and even in North America! They can actually get Jamaican roti or freshly baked patties in a lot of cities around the world. Besides, many different jerk chicken restaurants have popped up in cities like Toronto and New York. Even a popular Jamaican food truck in the city called Preem Food serves up some spicy jerk chicken patties!

Speaking of languages, the Jamaican language is one of Jamaica’s greatest exports to the world. This unique vernacular is a dialect derived from English, which uses many words not typically used in North America. Some of these terms include ben (been) instead of just being and dead instead of passed away or gone. Certain pronunciations do not exist in most parts of the US, like saying bwoy for boy. However, another dialect is spoken in Jamaica called Patois, which comes from French and African influence with West Indian Creole pronunciation mixed in. They can hear this dialect in songs like Why by Beenie Man and see it in films like Cool Runnings. In addition, Jamaicans also have a unique way of writing sentences that include using numbers for letters. For example, “Yow me seh” actually means “you me say,” which is a language that has now been emulated in different parts of the world, especially by the millennial generation.

Another popular drink that comes from Jamaica is coffee! Jamaicans love their coffee, and when foreigners visit the island, they will see shops everywhere selling different types of blends. The most popular type of roast on the island right now is called ‘Jamaica Blue Mountain,’ which has won several awards due to its tasty blend and smooth flavor, but another coffee comes from the island called ‘Jamaican Me Crazy. This cup of Joe actually has caffeine in it and is known for having a slight chocolatey taste. Besides, other interesting drinks come out of Jamaica, like ginger beer which can be found in grocery stores or made fresh in certain Jamaican restaurants. Of course, one cannot mention Jamaica without mentioning Ting, which is a carbonated grapefruit drink that is very popular worldwide! Today, there are still many Jamaicans that grow coffee in the Blue Mountains. Locals have exported this tasty cup of Joe to places like Starbucks, which offers a ‘Blue Mountain Blend’ for customers who want a rich-tasting blend. In addition, some Jamaicans have also exported coffee to places like the United States, where it is now making its way into mainstream American culture. Some celebrities like Oprah Winfrey invested over 20 million dollars into a farm in Jamaica to get her hands on the famous ‘Jamaica Blue Mountain’ brand! Besides, there are even certain blends called ‘Jamaican Me Crazy,’ which have caffeine and a chocolatey taste that comes from this island country.

Jamaicans are known all over the world as being some of the friendliest people on earth! They believe that friendship is one of life’s greatest gifts because it can change their entire life. They can see this friendly personality reflected in Jamaican culture’s language, cuisine, and especially the music, which often speaks of love and friendship. Some examples include songs like “You Are My Friend,” “I Wanna Be Your Friend,” and even the famous reggae song “Many Rivers To Cross,” which talks about how friends are always there with them in life no matter what happens! They can also see this friendliness reflected in Jamaican dancehall culture, where people talk to each other on the mic with words of encouragement, love, and even flirtation.

There is a lot to be learned from Jamaican culture! Besides, the island itself is bountiful with beautiful landscapes and delicious food. In addition, people who visit can experience Jamaican hospitality at its best by speaking a little Patois or dancing a few dancehall moves. They can also meet new friends on this island that will stay with them forever. Finally, Jamaica’s rich history has certainly left behind interesting facts for tourists to discover along with important traditions that are now part of everyday life in Jamaica!

The Undeniable Health Benefits of Playing Basketball
How Does Ethanol Extraction CBD Work? An Overview
To Top