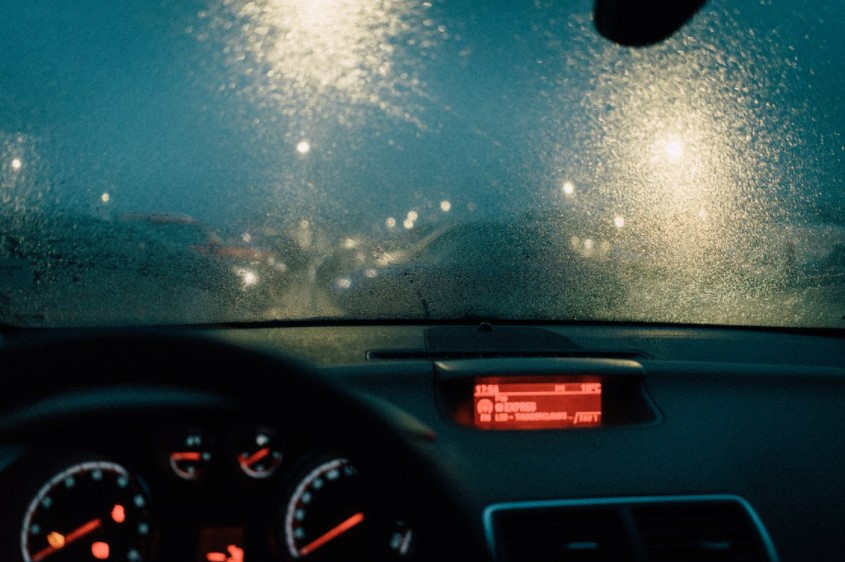 Hazardous driving conditions can be stressful for new and seasoned drivers alike. Different parts of the word bring different hazards to the road. Some places receive heavy snow and ice during the winter, while others see dense fog and heavy rains. Each type of driving hazard is dangerous. However, with a few simple tips, drivers are able to navigate the dangers of the road more safely.

Driving in Snow and Ice

Driving in the snow can be difficult to get used to for new drivers. Thin layers of snow can make the roads slick while heavy amounts of snow can make roads impassable. Slushy snow, fluffy snow and icy snow each have their own type of hazards to avoid.

When driving in snow, one factor becomes more important than all else: following distance. Maintaining a safe distance between cars will save bumpers. Snow and ice on the road makes for slippery conditions. This makes a vehicle difficult to stop, even at slow speeds. By maintaining a large distance between cars, drivers can give themselves more time to stop and stay safe. This is especially important on ice, including black ice.

A second important factor is speed. Going slow will make stopping and having control of the vehicle easier for the driver. Fast speeds make it more likely for a driver to lose control, slip off the road, or run into another vehicle.

If heavy snow has fallen, four-wheel drive can help a driver gain more control. By using four-wheel drive, a vehicle gains increased traction on the ground, which increases control as a result. Turning, stopping, and starting are all more easily accomplished with four-wheel drive.

Driving in heavy rain makes it difficult to see the road. As a result, high quality windshield wipers are essential.

Drivers should also be cautious of standing water while driving in heavy rains. Bodies of water that look like small puddles should be approached with caution and deep water should be avoided. Entering deep water can cause injury to the driver or damage to the vehicle.

Driving in dense fog also leads to reduced visibility. Drivers should approach dense fog with caution and drive slowly. In dense fog, cars and other objects such as deer can appear quickly, leaving the driver with minimal time to stop. As a result, collisions are extremely common in dense fog.

Drivers should also experiment with what setting of lights on their car gives them the greatest visibility. Fog lights on cars are designed to help drivers see more easily at low speeds and should be utilized whenever possible.

Driving in high winds causes reduced control of the vehicle. Winds can cause the driver to be blown off the road or, in a car with a high center of gravity such as a semi-truck, blown over. Drivers should avoid these types of cars to maintain as much safety as possible.

Going slow and maintaining distance from the vehicles surrounding are important factors to staying safe on the roads where high winds are present. This allows for extra time to stop if a problem does occur, and keeps the driver safe if other vehicles become blown around.

When driving in hazardous weather conditions, it is important that drivers keep certain strategies in mind to stay safe on the road. Increased following distance, reducing speeds and employing strategies to increase visibility are all strategies that should be used in various weather conditions. Remember when looking at Truck sales that 4-wheel drive will let you get up and go, but not slow you down more. This will not only prevent accidents, but will ultimately provide extra safety to drivers in case an accident does occur.