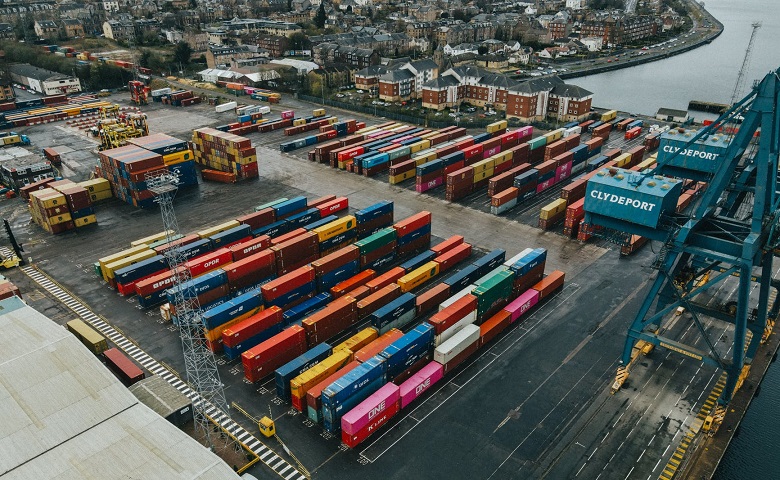 Sadly, and like many other industries, such as the automotive industry, earlier developments, and advancements in their processes and practicality were driven by war and the needs of the military. Various settlements required more efficient ways in which they could broaden their efforts and control over areas of land that they were attempting to acquire. When it comes to warfare, there is an increased necessity to develop new and much more efficient ways of transporting goods, be it medical supplies, food, water, and even weapons throughout regions that a settlement already owns, but also to unknown areas where they were to face the unknown. Thankfully things look a little different today, who knows where your packages and parcels would be today if it weren’t for things like GPS, most probably lost somewhere with little way of finding out where they are.

Signs of advancements in the early days

Probably the first real signs of logistical advancements that help companies such as rhenus-hightech.co.uk deliver the services that they do today, were back in the days of the Roman Empire. They would often be fighting long-drawn-out battles that required supplies to be delivered to them on a regular basis. Thus brought the development of what we now call roads, they were responsible for designing and building huge distribution networks which would later be further developed, some of which are still used to this day! Without such carefully planned distribution routes or networks, it would have been near impossible for the Roman Empire to have achieved what they did, on such a large scale.

If you think of the size of some of their armies, they were supplying goods to thousands of troops at any one time, and without the aid of things like social media! To make their lives a little easier they were creating depots where they could safely store goods, and equipment, which would likely be referred to as warehouses today. Developing their network of roads and storage solutions along the way meant that they were able to advance faster and to develop their infrastructure even quicker than their opposition.

Fast-forwarding to today and the development of computer systems, and programmes over the past few decades is another massive advancement, technology has brought the world of logistics on leaps and bounds, giving us the power to store and track massive amounts of data, giving emerging systems a significant edge. Companies nowadays can better plan, monitor, and execute every area of logistics, regardless of business size, thanks to IT. Additionally, the Internet gives businesses the ability to leverage numerous digital mediums, to better assess demand and boost efficiency. This will ultimately, if not already, result in the total automation of a major number of logistics duties.

Further technical developments are expected to assist the flow of commercial and non-commercial items in the future.  Companies are already able to employ drones, which use clean energy, many of these services are going on behind the scenes already.

The history of logistics has shown us that the path from combat to corporate operations was a lengthy one. However, the advancement period is shrinking with time as technology grows faster and faster.  Totally new market prospects will emerge shortly.

The benefits that Facebook provides for your business
How Is a Workers’ Compensation Quote Calculated?
To Top