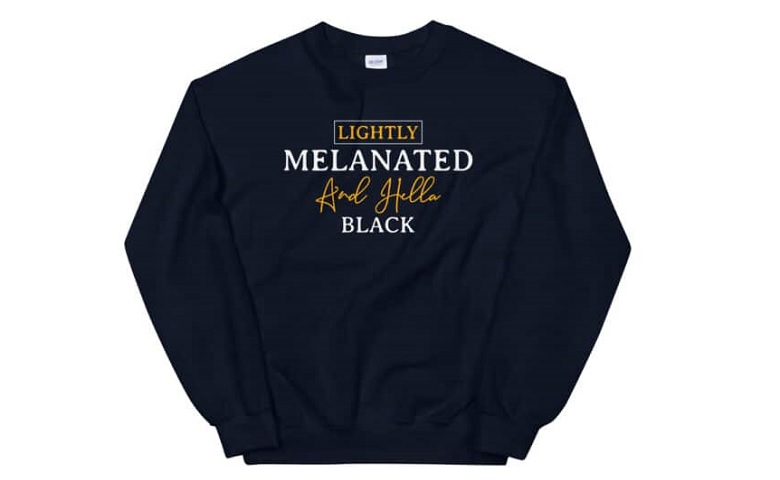 Have you ever wondered what a privilege it is – to get to choose between comfort and being decked up?

Now, just imagine suffocating corsets, tight waistcoats, and choking bow ties for every occasion you possibly can think of. No doubt stylish, but maybe these subtle torture devices disguised as fashion will make us understand the importance of T-shirts more.

Although history has been buried under the glitz and glamour of runway and red carpet fashion trends, T-shirts were revolutionary and quite a big deal back in those days.

In fact, they continue to enjoy an unrivaled following even to this day.

Now, they are a staple in every closet, but it is time to redeem them!

Street fashion, however, has already paved the way for another revolution. With the advent of Graphic T-shirts, it’s like we have received a statement of intent.

In recent years, movements like Black Lives Matter have seen how powerful quotes woven into fashion can prove to be major symbolic markers.

From A Cotton Fabric To A Revolution

Even though it might sound unbelievable, the beginning of T-shirts dates back to the late 19th century. Then, they were either an undergarment for the army during the Spanish war or convenient wear for the laborers.

Maybe that’s why it is not unbelievable. They were never meant to be worn as an external item other than the laborers because let’s face it, the aristocrats would rather give up their lives wearing a stretchy piece of garment because it’s comfortable!

T-shirts became an icon of revolutionization during the 50s where they became a part of the male sex symbol era. Over here, we see Montgomery Clift, James Dean flaunting their rugged yet charming personalities, all the while in a white t-shirt, and how can we forget the iconic entry of Stanley Kowalski with his work T-shirt on.

That certainly made the ladies swoon over the screen. Thus, T-shirts became a contemporary act of rebellion against traditional fashion. Additionally, it proved that the color of your waistcoat doesn’t determine your chivalry.

It also became a statement of embracing one’s sexuality in the face of modest clothing. Ironically, the body-hugging nature of the garment subtly helped to accentuate the parts that it had the intent to hide.

When talking about the sexual revolution, we cannot forget the feminists because they became a weapon for them too. In the face of gender stereotypical oppression, women started embracing traditionally masculine fashion choices as a loud gesture to their protest. T-shirts were their first choice!

This is the reason behind the rise in the importance of t-shirts. It was more than just a cotton fabric; it was an entity on its own.

Graphics T-shirt – Why They Are So Popular?

If I have to describe this legendary fashion phenomenon in just one sentence, then it would be

‘Graphic T-shirts are not just fashion, they become your voice when you are silenced.’

Over the years, they have become prominent in street fashion and never ceased to amaze people with their new artistic comebacks to society. The designed answers to backhanded comments, the subtle shade, and the, ‘It wasn’t meant for you but if the shoe fits!’ ideology is all making graphic t-shirts add more to the importance of t-shirts.

I mean, a buttoned shirt will never give the canvas for such sassy slogans!

Here are a few movements in which graphic t-shirts delightfully assist in throwing some shade to the haters.

Going on a protest for last year’s most phenomenal activist movement should be the perfect opportunity to flaunt that ‘celebrating Blackness’ graphics t-shirt. However, if you want to be a little more radical, I suggest you wear your best anti-Karen T-shirt because no managers in a protest could care enough.

pro-black clothing is a must-have in this era of fights against aggressive oppression deemed on the black community, and what better way to let your anti-racism run wild than a few thought-provoking graphic t-shirts.

The fight is not a war; it’s a daily battle, so who stops us from throwing shade every day? No destination is inappropriate enough to wear your ‘Make Sexism Wrong Again’ t-shirt.

On casual Fridays, flaunt your ‘Slay Patriarchy’ graphic tee and make that one colleague who thought your promotion was questionable boil under his breath. Because you might not want to waste your energy arguing your way out of it, but your t-shirt can become a statement of intent for you.

Yes, I am talking about the ‘Love Is A Human Right’ tee with that iconic rainbow hue graphic. These t-shirts are not a statement anymore; they are a wake-up call for society in a metaphorical loudspeaker.

LGBTQ+ is the community that has dealt with lack of voice and imprisonment of expression the most. Even in the last decade, they were seen as a group with a morose disease. Maybe that’s why they understand the importance of graphic t-shirts the most.

For the LGBTQ community, the tee is much more than a piece of clothing. It is their means of self-expression!

Want to give that excessive litterer the best guilt trip of their life? Simply wear your ‘We don’t have a planet B’ with the graffiti of a dying Earth on it, and maybe he will be able to spot that trash can standing right beside him.

This is a movement that is not much talked about in the media, but that shouldn’t stop you from planting the seed of awareness through your excellent choices of T-shirts. ‘Go Green’; ‘Save Our Sea’; ‘Respect Your Mother’ are only a few among the diverse bunch that you should add to your collection right away.

It Is Not Just Fashion

The importance of t-shirts came into play when people tried to say something through their fashion choices. Your style of outfit is and will remain a powerful weapon to vocalize your intent on society.

With the coming of graphic t-shirts in the picture, it is like the rebel with a cause found its words. Although clothing style is a way of communicating non-verbally, the dynamic has changed with these t-shirts as they became the epitome of verbal expression.

Do you think that the humble t-shirt can become a powerful voice for the downtrodden in our society? Or, is it only something that is a piece of clothing? Let us know your opinions in the comments below.