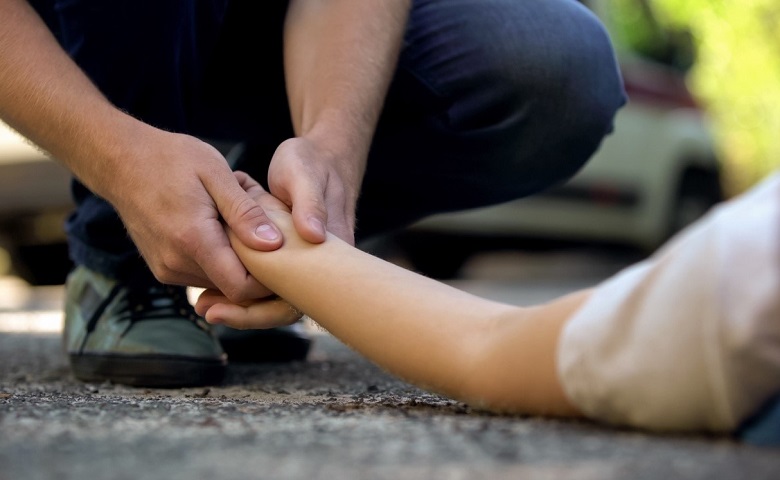 An estimated 31,720 fatal crashes occurred on US roads from January to September 2021. That’s 12% higher than the traffic death toll during the previous year’s first nine months.

Risky driving, in turn, appears to be a contributing factor to that increase. And as if that’s not bad enough, experts believe the upward trend to continue. After all, the post-pandemic driving rate is inching toward pre-pandemic rates.

But why exactly are people driving dangerously, though? What does risky driving even mean, and how does it concern you?

Read on, and we’ll tell you what you need to know about fatal crashes and risky and reckless driving below.

What Is Risky Driving?

Risky driving is when motorists drive in a manner that they know can be dangerous. That includes driving without a seatbelt or while sleepy or distracted. It can also entail driving beyond the speed limit or under the influence of a substance.

Reckless driving involves driving with a heedless disregard for the safety of others. So when people drive recklessly, they do it without caring about the lives they may endanger.

One example is operating a vehicle on the sidewalk. It’s reckless because drivers know it’s only for the use of pedestrians. But, despite that, they might still drive over it, such as if they’re trying to evade law enforcement.

Unfortunately, that emptiness may have made some of those who kept driving bolder. With fewer road “obstructions,” they might have thought it was okay to put the pedal to the metal. That’s one of the reasons for the higher number of fatal car crashes in 2020, even though there were fewer cars.

Then came 2021, which saw a nationwide easing of lockdowns and restrictions. That resulted in more vehicles coming back to the roads, and along with them came angry drivers.

Estimates show that the car crash fatality rate in January 2022 was 1% lower than in January 2021. However, it’s a staggering increase of 14% from January 2020.

In addition, several states saw significant increases in fatal crashes in January 2022. For instance, road deaths in Maryland jumped by 88% compared to the same month of 2021.

Post-pandemic stress disorder (PSSD), in turn, may be a factor in such incidents. It’s not an official diagnosis (or at least not yet), but experts believe it’s affecting many people.

PSSD’s symptoms resemble those of post-traumatic stress disorder (PTSD). That includes anxiety, low motivation, higher stress levels, and increased agitation. All that, in turn, may affect how a person behaves behind the wheel.

Moreover, the pandemic has caused a surge in alcohol consumption and heavy drinking in the US. That, coupled with PSSD (which can also trigger alcohol use), may then give rise to an increase in road crashes.

Alcohol’s brain-dampening effects alone can increase a person’s risk of causing a crash. However, it may also encourage or trigger aggression or violence (on or off the road). It can do so by weakening the brain’s ability to restrain impulsive behaviors.

Protecting Yourself From Driving Risks

Even if you’re a prudent driver, remember that not everyone is as responsible as you. So, as soon as you notice a driver exhibiting risky behavior, slow down to increase your distance. Then, maneuver and park your car in a safe spot to report the motorist to the local law enforcement.

Learning and using defensive driving skills may also help protect you. Besides, it may remove a few DMV points from your record (if you have them). Your car insurance company may even give you a discount after completing such a course.

It’s also imperative to avoid engaging with an aggressive driver as much as possible. That can be pretty challenging, but if you can, let it go and then report them to the police as well. Otherwise, things can escalate and become more dangerous or even deadly.

Also, remember that distracted driving is a risk factor or the cause behind nine US road deaths each day. So, if you’re going to drive, make sure that you can put your whole attention on the road. Don’t operate a vehicle if you’re upset, intoxicated, or can’t keep your eyes on the road and your hands on the wheel.

What to Do in a Crash

What if you still get involved in a crash despite being a responsible driver?

The first thing is to confirm that you and your passengers don’t have injuries. If everyone in your car is okay, check on the other parties involved. Call 911 if someone needs medical attention, and then ring up the local police to report the incident.

Limit your conversation with the other parties involved to only exchanging insurance details. Keep your emotions in check and avoid assigning blame on the spot. If the other driver is aggressive or uncooperative, let law enforcers handle things.

Once the police tell you you’re free to leave the scene, head next to a hospital to get yourself checked. Please do this even if you don’t feel any symptoms, as not all injuries manifest right away.

Contact your insurance provider and an auto & car accident injury attorney next. They can help you file a claim or pursue the other driver for compensation.

Protect Yourself From Post-Pandemic Road Risks

There’s no doubt that the pandemic changed the way people travel, and in many cases, not for the better. The fact alone that fatal crashes have increased is proof of that. That should also be enough reason for you to feel concerned about driving in today’s times.

If you must drive, be even more prudent than you were pre-pandemic. Drive defensively, as you never know when you might encounter a risky or reckless driver.

Did you find this article informative? Then check out our other posts now for more educational guides!

How Car Crash Victims Can Get Compensation for Pain and Suffering
Car Accident Reporting: Tips for Reporting an Accident to Police
To Top